too many fandoms, not enough time

I do believe I have a problem.

See, I finished watching House a few days ago and my reaction to those last few episodes were, “Goodness that’s just awesome, let’s start again at the beginning and do it all over again. By which I mean season one, episode one. That’s okay since my case studies this term will be House-related and I can arguably consider it teaching prep, or at worst an indulgence with a glimmer of redemption. Plus there’s no reason I shouldn’t. I mean, the show’s not going anywhere.

Because, really? House-Wilson is awesome. So much else is awesome, too, but I really want to see that relationship unfold from the beginning all over again. 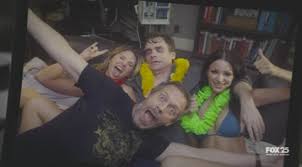 And of course the inevitable clip collection:

So, the drive to watch again is hard to resist. But then there are moments like this: 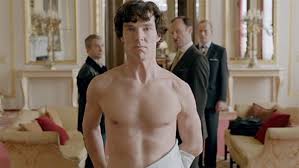 Which, as share-worthy as it may be for the graphics alone, it’s the dialogue that truly makes it work.

To say nothing of the Bilbo connection.

Or the sheer awesomeness that is Benedict Cumberbatch.

So perhaps I should shelve House for Holmes. There’s really not such a huge difference, is it? Except it’s hardly the only contender. I’ve watched a few episodes of Doctor Who before I got swept away again by House and really do want to get back into it. (Doctor / Doctor… not such a big jump… )

And I really want to get back to blogging about rereading LOTR.

And rereading the Hunger Games, just because, you know…

And Juno is writing Star Trek, which is tempting, oh so tempting…

And then there are the whole worlds I’ve barely scratched the surface of, whole directors and actors that I know better than to watch because that’s one deep rabbit hole.