I didn't actually watch the Oscars this year, just like I haven't every year since at least 2004. And that was an exception I made only because Return of the King was nominated for so many things. It's not that I'm a hipster or anything, I simply don't care enough about stars aside from my subset of people who have been in projects I follow, and most of them are either working out of Australia/New Zealand or connected to the BBC - not standard Hollywood fare. As I mentioned over at FB, when it came to the BAFTAs I knew who was nominated in every category and who I wanted to win. Not so much here.

I do, however, have a Tumblr account, and last night I'm convinced someone spiked the punch. My page is (predictably) Sherlock-centric and as Britishman Sillyface was presenting, he'd obviously be in attendance. What followed was perhaps predictable. Neither he nor anyone I know from that show was nominated directly, though he was involved in 12 Years a Slave and that flick did quite well. That doesn't matter so much, though, because the real fun was the Red Carpet and the shots of him just having a fun time. It was infectious.

And when I say having a fun time, I don't just mean him leaning over and chatting it up with George Clooney or smiling as a co-star won an award. Because this actually happened:

This being Benedict, it was predictable that the photobomb would be passed around and around until some clever Sherlockians decided to add to it. My favorite bits so far are these photoshopped shots (here and here.) The Cumber-bombs of his own projects (Mary and John's wedding, anyone?) had me giggling before when I first saw them and giggling once more now that I think of them again. There's also the original photo juxtaposed with Hobbit quotes.

Because I was in the mood for something with a little color. 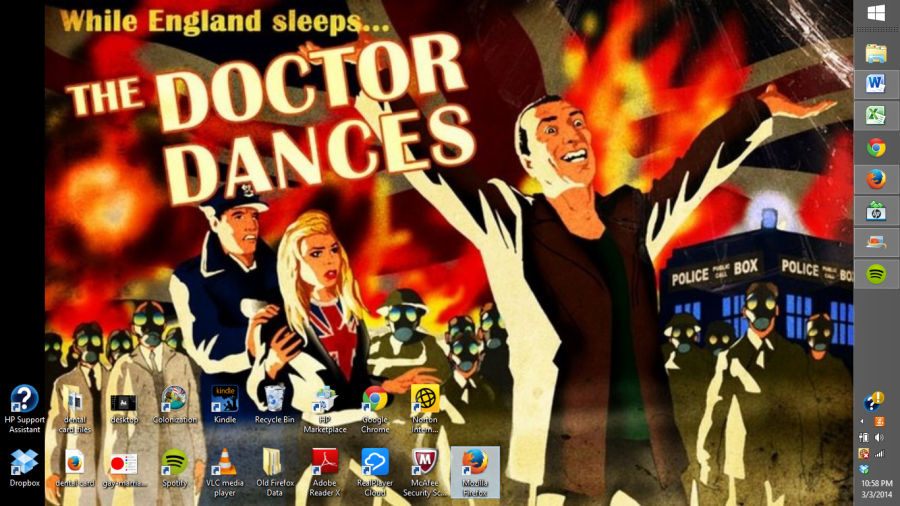