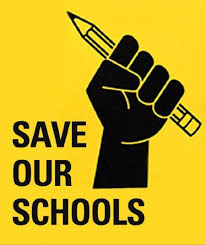 Over at Inside Higher Education, Johann Neem wrote a good-sized piece on the debate about how to reform higher education in America. His point isn’t so much that any one of these approaches is correct (though I’m sure he has his own opinion); rather, he’s trying to lay out several different ways people approach this issue. Specifically:

1. Utilitarianism is built around the idea that things are right because they have good consequences. Hamlet isn’t better than Fear Factor because it’s high art, but because it leads to more pleasure and less pain than anything else. Per Neem, “A utilitarian approach to higher education, therefore, assumes that colleges and universities must be primarily outward-looking, responding to the wishes of higher education’s clients. For-profits, in particular, do not seek to change their students’ preferences but instead treat their students as customers. Give the students the kinds of programs they want to achieve what they want. The customer, after all, is always right.”

2. With pragmatism, per Neem, “the issue is not what is true, but what works.” This means (so far as I can understand; I’m not very familiar with pragmatism beyond this essay) that a good educational philosophy is one that’s responsive to the needs of society. So what worked in ancient Greece may not work for us, and if it doesn’t work for us it’s no longer good. History is only worth holding on to if it’s still effective. Neem points out that “the pragmatic approach has a hard time defining mans and ends.” President Obama, who he rightly identifies at a pragmatist (or at least, it’s an assessment I’ve seen in several other places) the purpose of education is economic growth, and a good pragmatic approach to education will be one that helps society as it actually is meet this goal. “Obama defines the outcomes to fit the economic context of today and then sets Americans free to experiment how to achieve them – anything that works. To Obama, there are no goods internal to higher education.”

3. Finally: virtue ethics. Neem ties this to Aristotle’s approach, but what he’s really more properly discussing Alisdair MacIntyre. “If the true end of the university,” quoth Neem, “is the interpretation and acquisition of knowledge old and new, there are a set of “intellectual virtues” that sustain this end: curiosity, a commitment to truth regardless of its consequences for politics or profit, integrity, the ability and desire to seek knowledge and use it to be a better person and citizen.” Universities try to encourage these goals in their students, and “a university that emphasized awarding degrees and generating revenue or whatever students might desire, instead of a faculty and student body engaged in intellectual inquiry would no longer be a university.”

Apparently today is Martin Freeman’s birthday. He is not eleventy-one but forty-two: the answer to life the universe and everything. Which really screams for something Hitchhikers related, but as much as I love him, Arthur’s character there doesn’t really lend himself to clips.

So instead, here’s Martin Freeman with Andy Serkis. I particularly love the Gollum impression at 0:45.

And because Serkis and Freeman really are golden together:

Apparently it’s also Soren Kierkegaard’s feast day in the Episcopal church, which is really quite cool. I don’t know nearly as much Kierkegaard as I should, but I still get a thrill that a philosopher who’s not also a pillar of the church like Aquinas has his own feast day.

Here’s a political ad someone made a while back pushing for Kierkegaard for president. We could do worse.

And here‘s the Kant attack ad that started the whole trend. We need more such videos, I think.