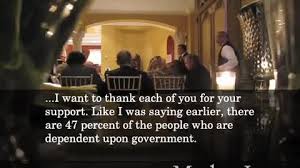 A while back, I made a post about how the new pope seemed “progressive” to American ears just because he lived humbly and seemed committed to helping the poor – which (I argued) didn’t seem like the kind of thing a conservative leader, even a religious one, would do. Celeritas rightly called me on this because as she pointed out progressives aren’t the only ones concerned with helping the poor; they’re just the only ones who think the government should be taking a leading role here.

I was reminded of this conversation (which I meant to come back to and elaborate on, but never quite got around to) when I read the Methodist President’s Easter mesage.

“Being poor isn’t good for you. How can someone be well when basic human needs are denied; when access to everyday life is denied and the power to change is being removed?” he said.

“Poverty is a bad thing. It causes social ills. Ills do not cause poverty any more than spots cause measles.is a

“But blame is always a way out of feeling uncomfortable about injustice. We’d prefer to think that others ‘had it coming’ and we try hard to distinguish between the worthy and the unworthy.” (via Christian Today)

Back to Middle-earth Month got a bit away from me this year. I started intending to post every (or at least most) days, but then got taken by the alphabet of prompts Dawn & Co. published and so settled in to write all of them. I plan on doing that, but it will take much longer than a month. Let’s just call it a Back to Middle-earth Year rather than month.

Regardless, I have written quite a few full-length stories this last month and I know several people are trying to make the time to read some of the BMEM submissions in the first week of April. The BMEM mods have done a wonderful job rounding up all the entries for you here, but I also thought I’d do my own collection of links to my stories.

Please do let me know what you think, and I’m sure the other authors would appreciate feedback as well. Dawn has listed all the entries at the above link. I’d also like to take the time to thank both her and Rhapsody and all their helpers organizing the event, as well as Linda Hoyland, Kaylee Arafinwiel, and anyone else who helped me preparing these stories. Praise them, with great praise!

Archetype Challenge: The King Has Come Unto His Halls (ft. Bilbo + Gloin)

After the Battle of the Five Armies, Bilbo and Gloin consider legend’s due.

Beauty Challenge: That Which They Defend (ft. Faramir + Hurin of the Keys)

“Isildur gave this counsel to Meneldil, that the King should visit the hallow from time to time, and especially when he felt the need of wisdom in days of danger or distress; and thither also he should bring his heir, when he was full-grown to manhood, and tell him of the making of the hallow, and reveal to him the secrets of the realm and other matters that he should know.” Faramir tries to follow an ancient custom, with some difficulty.

Olwe and Fingolfin had more cause than most to resent the Valar’s tendency to leave dark lords unchallenged. A meditation on courage, tragedy, and divine inaction.

Just how would that day by the river change things for Gollum and those he was closest to?

Day 5 Quotes: The Days of the King (ft. Faramir + Aragorn)

Just because something’s not technically a gap in the canon doesn’t mean it shouldn’t be filled. A take on Aragorn’s coronation, from Faramir’s perspective.

“And it came to pass that Tar-Palantir grew weary of grief and died. He had no son, but a daughter only, whom he named Míriel in the Elven-tongue; and to her now by right and the laws of the Númenóreans came the sceptre. But Pharazôn took her to wife against her will…” (The Akallabeth)

“Nine ships there were: four for Elendil, and for Isildur three, and for Anarion two; and they fled before the gale out of the twilight of doom into the darkness of the world. [...] And all the coasts and seaward regions of the western world suffered great change and ruin in that time; for the seas invaded the lands, and shores foundered.”