North Carolina’s Pat McCrory gave a radio interview with William Bennett earlier this week. According to the News & Observer (a major paper in the Raleigh/Durham area):

On the show, McCrory said “educational elite” had taken over, offering courses that have no path to jobs. He said he instructed his staff Monday to draft legislation that could alter the state money that universities and community colleges receive “not based on how many butts in seats but how many of those butts can get jobs.”

To which I can only reply: *pffffthtwwwwt* 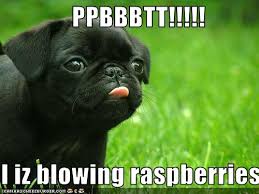 I could go on great length about how in a democracy public education is not just about getting jobs. Or how saying in this economy that if people want to study issues like gender they can just go to a private university has a definite air of “let them eat cake.” In practice, this says that only the rich should be allowed to make a contribution to conversations about wht kind of life is best – and if there was ever a time when our conversations on gender, race, religion, philosophy, politics, and any number of other non-STEM fields needed to reflect all of human experience, not just of those rich enough to afford Wake Forest tuition it was now.

But I’ll just leave it with three people who benefited from a state-supported degree:

1. His interviewer William Bennett earned a PhD in political philosophy from UT-Austin.
2. His predecessor as governor, Bev Perdue, earned a BA in history at U-Kentucky.
3. I earned an MA in philosophy at Cleveland State, as well as a BA in math at UNC-Greensboro that was definitely enriched by the many humanities courses I had.

Maybe Mr. McCrory, as a graduate of the private NC school Catawba College, doesn’t realize what a difference it makes to have high-quality programs that don’t leave lower- and middle-class students drowning in debt. I do, and I’m seriously peeved at these comments. NC has one of the best public education systems in the south, and UNC-Chapel Hill, which he singled out for insult, can easily go toe to toe with any graduate philosophy program I’ve come across. I was very seriously considering going there until I decided I wanted to live in other parts of the country.

So, let me just repeat my earlier statement: *pffffthtwwwwt*

Jon Stewart took down the conservative fringe’s view of freedom, and he was quite frankly on fire. Loved this clip!

Age I was given: 22
Dated: No one
Lived: Boone, NC
Worked: administrative assistant at Samaritan’s Purse
Feared: Pretty much everything. Twenty-two was not a good year – I had just been rocked by the death of someone not much older than me, was trying to collect my last few credits to finish up my BS, living at home with my parents and trying to find something resembling a career. So take your pick: mortality, perpetual dependence, etc. Not exactly a happy point in my life
Drove: the Appal-cart, the closest Boone had to public transportation. Mostly I walked.

Erulisse of the one L asked for five things I’m happy for, all beginning with the letter G. After thinking about my life at twenty-two I want a little escapism, so let’s keep this fannish.

1. Gavroche, the little boy in Les Miserables. There’s just something about his character that both breaks and melts my heart.