just how financially well off *are* LGBT people? 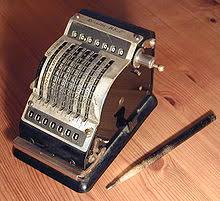 (Warning: I let my inner wonk out to play on this one. I think it’s interesting, but then I can be a first-class math geek at times.)

Over at Patheos, Timothy Dalrymple wrote about a recent survey on whether LGBT people are suffering economically. The study found that LGBT households had an average income of $61,500, compared to the average household income of $50,000 across the board. And this is proof against what Dr. Dalrymple calls the “gay wealth myth.” In his own words,

The study is based on a detailed survey of 1400 LGBT’s in every state of the union, aged 25-68. […] In the past, one argument against the “gay wealth myth” has been that it’s disproportionately the wealthy who are “out” and therefore the results are skewed. Yet the Prudential study included both “out” and “not out” gays. While the methodology will presumably be attacked, the Prudential study represents the strongest evidence to date that the “gay wealth myth” is not a myth at all.

That’s not exactly true. According to the official survey results published by Prudential, “participants needed only to define themselves as part of the LGBT community, and to be aged 25 to 68. The study reached both people who are “completely out” (64%) and those who are still at least somewhat ‘in the closet’ (36%).” So far that tracks with what Dr. Dalrymple said – it’s not just limited to LGBT people who have informed their family, friends, coworkers, etc. that are included in the survey.